Why I don’t wear a poppy and how there are more permanent ways to honour and respect those who have lost their lives or suffered through war.

Home/Simpler/Why I don’t wear a poppy and how there are more permanent ways to honour and respect those who have lost their lives or suffered through war.

“I felt then, as I feel now, that politicians who took us to war should have been given the guns and told to settle their differences themselves, instead of organising nothing better than legalised mass murder.”

Today many will have been involved in commemorating the contribution of British and Commonwealth military and civilian servicemen and women in the two World Wars and later conflicts.

What does it mean to commemorate?

It means to show respect for and to honour, to show regard and consideration for. I do feel the deepest of respect for people whose lives were cut short because of the decisions of others, who often had no choice but to face that possibility whether they wanted to or not. But my overriding feeling is a deep sadness for all the pain and loss that has been and still continues today.

We absolutely must remember, but not just for 2 mins once a year, but all the times we have to make decisions which may cause such loss of life to happen again. Every time we choose to support aggression towards another, be it in our own daily lives, or as part of a national strategy we perpetuate this grief and loss. Wearing a poppy for a few days a year won’t change that. 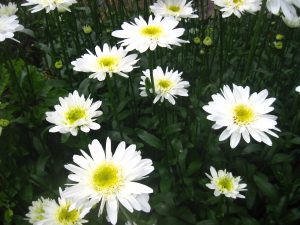 The whole poppy thing is being hijacked.

If you don’t believe me check out this page here, just one example of a commercial entity cashing in. It’s sad people get suckered into this. Like every other ritual and ceremony it’s being used for commercial gain, its sick and I cannot and will not support it. If we truly want to support the British Legion, if we believe in what they do then we can send them a straight forward, down-to-earth, hard cash donation.

Then, lets give some attention to why so many of us are moved when listening or taking part in the ceremonies today. It’s because we care, because we are human, we feel compassion, love, and deep connections with others. We feel the loss.

If we truly want to respect those who suffer or lost their lives through war we need to give careful thought to how this loss of life came about and still continues today, to meditate on what happened and how we might prevent it in the future. We need to change.

The loss of life, wounding and maiming in wars, continues in battles raging across our planet today, where people just like you and me are experiening the atrocities of war over and over again.

I am deeply appalled that we should be still in this day and age perpetuating the beliefs, and behaviours that brought about such loss and grief for so many.

Wearing a poppy will never change this.

How can we after all this time, all the millions of deaths, the destruction and desolation of lives, condone this in any way? If we are to evolve and grow as a human race we need to find another way of solving our differences. We cannot keep sending people to war in the belief that it ever solves anything.

So today although I do not wear a poppy I do bow my head in respect for those who lost their lives because we as a human race have not yet learned to go in peace. I also bow my head in hope that we will find a way to honour them through healing our differences and moving beyond them without resorting to violence against each other.

…“the world is a huge cauldron and something big is cooking in it. We don’t know what yet. Everything we do, feel and think is an ingredient in that mixture. We need to ask ourselves what we are adding to the cauldron. Are we adding resentment, animosities anger and violence! Or are we adding love and harmony”. Elef Shafak.

I know what I strive to add. I do not always achieve it, but surely to reach for a better way of being, to strive for peaceful solutions, to seek to listen so we might understand, to learn to be with our own anger and violence and not to act it out on others, is what we must all seek if we hope to leave a day such as today behind.

So learn more about your own anger and aggression, about your internal and external warring, where it comes from, what fuels it and how to heal it. Not only does it bring you peace it adds a little more peace to the world.

What are you adding to the cauldron?