This guy deserves a medal.

Down the rabbit hole

Oh boy do I want to sing that out, hurrah for humour. I have been down the flipping rabbit hole recently trying to figure out what the heck is going on. Have you?  We have had our collective lives turned on their heads for what reason? A virus? One that appears to be relatively benign for the majority, this seems crazy to me.

The deeper I dived the more uncomfortable I have felt.  The story about this apparent  “killer” virus has just not stacked up for me.

After receiving some flack and seeing the reactions on line I started to feel unsafe about voicing my concerns. As the mainstream narrative fuelled the fear it became apparent that many people were being swept along on a tidal wave of terror.

From my professional viewpoint what I have observed is populations frightened by dire predictions.  A mainstream media wetting themselves with drama and tragic stories, has scared so many people they are no longer able to think rationally. Governments terrified into action by advisors with agendas have created a global drama of epic proportions.

The stress created by fear causes a frontal lobe failure. This part of our mammalian brain goes off line. We then have trouble thinking straight, clearly or logically. With the fight/flight/freeze responses triggered the human body and brain experience a multitude of adaptations, some of which will start to cause ill health, but that is for another blog post.

Thankfully there are some courageous and enlightened doctors, medical staff, specialists and other practitioners who have have been brave enough to speak out.  They have faced a barrage of ridicule and criticism trying to bring us some alternative ideas and information.

This however has become increasingly difficult as someone, somewhere has tried to stop them being heard.

As Youtube blocked videos and even removed some users my alarm bells started ringing. Then my tin-pot newly created Facebook page (which I am stopping by the way) had videos blocked and content disallowed due to not meeting “community standards”.

Vitamin C therapy, something that has been researched, documented and used successfully for decades is apparently now fake news. Please…

The Orthomolecular community has been trying to spread this good news for a long time. Watch That Vitamin Movie if you want to know more.

But here, in the video below, JP has found a way to throw some light into the darkness. He cleverly poses some questions and spreads ideas without overtly clashing with the current dogma. He does it with such grace; delightfully expressing many of my personal concerns with a playfulness that seems to allude me.

Have you been questioning what is going on?

Has life down the rabbit hole been taking its toll?

Is your self care suffering?

After much inner exploration, venting of emotion, shaking of fists and stamping of feet I am at last emerging from the warren. Radical Self Care hails me home to myself and my true calling in the world.

When I take good care of myself I feel amazing. I can think more clearly, I get more done, I feel energised and able to take action in the world.

If this is something you want more of please check back in with this blog regularly. I will be focusing my attention here, rather than out there on platforms compromised by big Pharma, big Agro and other big corporate ideas. 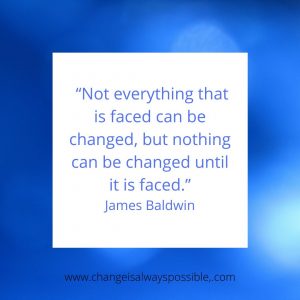