Home/Earth Care, Radical Self Care, Self Care/For the sake of our children

We need to overcome our fears and take action now, for the sake of our children.

My parents engaged in relentless arguments and battles while I was growing up. She nit picked away at him, he criticised back, both nasty. Sometimes it descended into domestic violence, something no child should ever have to witness. Intent on winning they argued away unable to realise – we should stop for the sake of our children.

Whenever they reached the end of their tether we were next in the firing line. Their emotional touch paper was so short almost anything could set them off. This resulted in punishments being meted out.  These could be a wooden sandal against the back of your legs, being grabbed and shaken, marched up stairs and locked in the bedroom or even worse, bent over the chair for a good hiding.  All this abuse and more resulted from my parents’ unresolved emotional wounds. They carried this damage into their marriage, acted it out between them and subsequently past it on to us.

My parents inability to sort out their messed up selves, one with mental health issues and the other addicted to alcohol, resulted in a toxic family system. Of four children three of us, with support and therapeutic input made it to be reasonably well functioning adults.  One did not. Unfortunately his family experiences coupled with a lack of appropriate help at crucial times, led to severe mental health issues. He now lives in a secure home, contained and controlled by a barbaric drug system. 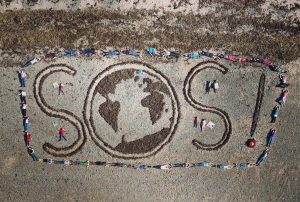 Why am I telling you this?

Because it has parallels with the way we are currently responding (or not) to the climate and ecological crisis on our planet. We have created a toxic system called industrial growth which supports the worst forms of capitalism and consumerism. It is destroying the habitat of our planet. Like my parents instead of sorting out our mess we are handing it down to the next generation.

Although we may not be directly physically abusing our children, it is happening anyway. For example, the food they eat, water they drink and air they breath is polluted. In addition we have enabled mass distraction and addiction in the form of social media and gaming. Many of them are overweight and sick because of the diets we allow them to eat and they are immersed in a consumer and celebrity culture which exploits them for financial gain. Is this not abusive?

Like myself and my siblings, their mental health is suffering. They are stuck inside a deadly system which is destroying their lives and their planet. Uncertainty about the future reigns and there is no sign of anyone taking charge.

Is it any wonder they are rising up, striking and taking to the streets? They need us to step up, face our stuff, be the adults and protect them from all of this.

Then, like my brother many on this planet are already so damaged by the system that they are also contained and controlled. Enslaved to us in the west, trapped by poverty, war, famine and climate disasters, stuck in refugee camps with no conceivable way out, they have lost their freedom. They cannot act.

Our politicians bicker and bray about Brexit and anything else they can, rather than deal with this elephant in the room. Their continued playground antics mirror those of my parents throwing insults across the dining table.

Bought by corporations and wedded to the broken system they carry on the damage. Complicit, culpable and too frightened to challenge the crumbling ideology, they allow abuses to human and ecological life to continue.

That is the reason I joined Extinction Rebellion, we are trying to get the Government to grow up and take action,  but led by an assembly of people rather than corporate interest.

I asked someone I met at an Extinction Rebellion protest why he was there. He said he’d had his “Oh Shit” moment. We all need such a moment, to be shaken out of our stupor, to realise, scared as we are, we must act for the sake of our children. 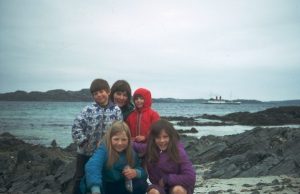 Once I tried to tell my Mum how unsafe and scared I felt as a child. She told me she was frightened too. That was not what I needed to hear. I needed a Mum who was willing to face her fear and protect me.

She couldn’t. My mother was so paralysed by her own fears and anxieties she stayed in a dysfunctional marriage. She stayed so we also stayed. Business as usual continued in our home as it does in this country and across the planet. The outcome was tragic.

Many of us are behaving in just the same way. We let fear stop us from protecting our children and meanwhile they suffer. How bad will it have to get, what mental and physical toll will it have to exact, before we act?

Stop for a moment

Fear is a powerful beast. But we can learn to ride it.

The dictionary describes fear as: an unpleasant emotion caused by exposure to danger, a state of alarm. In other words, fear is our wake up call, there is something to we need to deal with. It offers us the opportunity to prepare for what may come. Face your fear, let it be your “Oh Shit”. Then use it.

What can you do?

There are a myriad of things which need done. We can’t all do everything but we can do something. What alarm is your fear ringing, what danger are you being alerted to?

My fear is that we won’t wake up to the unfolding catastrophe in time to stop it creating a complete disaster on our planet. As a consequence I attempt, through various activities, including this writing, to galvanise us all into action. My desire is to inspire and encourage people to reconnect with our beautiful planet, to understand our interconnectedness with all things and to engage with their part in its healing. This is what I call Radical Self Care.

An opportunity to heal

Fear is our opportunity to heal, to change, to grow and to develop. It offers us the chance to become more authentically who we have the capacity to be. Facing it is empowering, living under it is diminishing. What energy do you want to add to our world?