“The messenger is not as important as the message.”

In this technologically sophisticated and information rich world, who are you believing? How on earth do we discern and work out what is true when elections can be lost or won by a few well placed adverts on social media. Our mainstream media is bought, politicised and often pushing agendas which make it harder and harder to know who to trust and believe.

Many years ago I learned a useful lesson. While sitting in an AlAnon meeting my middle class snobbery caused me to mentally criticise someone in the group. I sat there judging; observing that she couldn’t articulate well, wore scruffy clothes, was over-weight, a traveller who lived in a caravan, mother to millions.

I did not generally encounter people like her and was busy dismissing anything she might have to say when wham! Out of her mouth came something remarkable. I can’t remember the exact details but I do remember the light bulb lesson.

What fell from her lips was a gift. I learned something profound about the impact of alcoholism on my life but more importantly I was taught never to dismiss another simply based on my initial judgements. Of course I do still fall into that trap on occasions but I try hard not to.  Rejection of information because of the messenger can be folly.

A classic example is Trump. There are many who consider anything that comes out of his mouth to be rubbish and therefore not worthy of consideration. Agreed, he has an extraordinary way of behaving in the world, much of which makes me gasp with horror. I also, however, find him utterly fascinating from a professional point of view.

I see a person where childhood traumas and experiences have caused him to create an extreme persona in order to survive. Megalomania arises from a very deep self devaluation and lack of self worth. This means that the continual attacks he experiences are likely to do nothing more than strengthen the need for this protective facade.

Under such huge ego structures there lies a fragility which must be defended at all costs. It’s sad and tragic in so many ways, not least because he heads up a world power. My compassion, however, in no way condones his unacceptable behaviour, much of which is abhorrent. Understanding does not equal agreement.

I say this because despite all that it may be, that he occasionally, does or says something useful and we, those who “know better”, disregard it purely because it’s uttered by Trump. 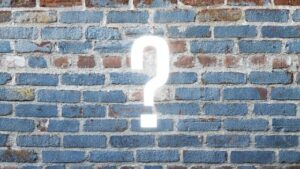 We can always find reasons to criticise others. I have concerns about vaccine safety, does that make everything else I say questionable? Of course not, although for some perhaps it does. I’d like to think that sort of judgement says a lot more about them than it does about me.

In recent times this critical attitude is everywhere and has become so politicised we cannot see past the messenger. The divisive nature of our world means you are either for or against, no matter what. Everything has become very black and white, with little grey within which to explore and find collective truths.

All this; we are better than you, we are right and you are wrong, means we are behaving individually and collectively no better than my judgmental younger self.  Some people now seem incapable of listening to understand. Unable to think for themselves, independently of the groups and organisations to which they belong, they blindly follow. Now you are either in or out, with or against us, the middle ground is dissappearing.

This is infantile and dangerous playground behaviour. Supporting the Story of Separation can lead to dehumanising of the other. Brene Brown writes brilliantly about this in her book Braving the Wilderness. This extract entitled Dehumanizing Always Starts With Language explains in detail what I mean. It is well worth reading.

” Humiliation and dehumanizing are not accountability or social justice tools, they’re emotional off-loading at best, emotional self-indulgence at worst.”

Unfortunately Coronavirus time has shown this to be true. Emotions are running high fuelled by all the fear mongering we have endured. The censoring, ridiculing and dismissal of information which challenges the mainstream narrative* is reaching extremes now.

*I use narrative very deliberately here to emphasise that it is a story, a collection of information, ideas, models and statistics designed to lead us down a certain path.

An example of this dismissal of information is what has happened regarding the drug Hydroxychloroquine. There, I’ve said it, dared to utter this divisive word.  “How could you Mairi surely you know it has long since been debunked as helpful. Trump, the idiot that he is, suggested it as a possible treatment months ago and that theory has well and truly been blown out of the water.” But has it?

Ok so maybe I am getting a wee bit ridiculous now, but I find it fascinating and worrying that The Highwire who have been reporting a different Hydroxychloroquine story over the last few months, have had their channel deleted from Youtube and videos taken of Facebook and Twitter too.

The Highwire is a medical investigation programme in the States. They have been questioning and challenging many of the “givens” about this virus. They interview experts, research stories and try to bring us the “truth”. Hey, just like any other media outlet, right? So why does their channel have to be deleted?

Article 19 of the Universal Declaration of Human Rights states that,  “Everyone has the right to freedom of opinion and expression; this right includes freedom to hold opinions without interference and to seek, receive and impart information and ideas through any media and regardless of frontiers.”

Oops, it seems someone, somewhere has decided otherwise. I wonder why?

This situation and many others have become polarised and politicised. Apparently if you believe this drug has efficacy in the early treatment of Covid-19 you are right wing, maybe even extreme right wing. If you don’t you are of course sensible, compassionate and belong to the left.

Come on folks we are better than this. We are the pawns in a bigger game which cares little for our wellbeing and health and much more about corporate profit and power.

I can actually feel my blood pressure rising now. I am so sick and tired of all this. We have been told one thing, then another, the stats don’t equate to the reactions and rules imposed on us.  Much of what has happened, and is happening, is completely illogical and does not make any sense.

Some say the drug works, some say it doesn’t. Research says it dangerous but then it gets retracted. Some countries use it, others are banning it. You can get it over the counter in some countries, prescribing is now banned in others. It has to be administered with zinc, research didn’t do that. Some say trial doses were too high, deadly even, timing matters.  Argh!

As my gran would have said, this is “taking the biscuit”.

A few years ago I asked a Church of Scotland Minister how he felt about the loss of congregation numbers. He said that being in the mainstream for so long had its problems. It inhibited exploring and questioning ideas because of the need to uphold that middle ground. Now he felt there was far more scope for exploring the fringes of religious thinking.  What a sensible and insightful man.

So, this is where I find myself regarding what the heck is going on with Corona, hydroxy-whatever and many other things. I am exploring the edges, questioning, curious and not going to accept the first thing I am told, especially if it contradicts what was said before.

Masks don’t work, now they do, but only in certain places apparently. It’s not deaths we need to worry about now its cases. By the way we’re doing more testing so…more cases duh!  Tests numbers are…oh no we seem to have double counted.

Miraculously whatever was evidence based and following the science before, is now wrong.  Currently science shows ……..insert whatever you like here……….

There are way too many political games being played and mega organisations pulling strings, making us all do the Coronavirus dance and dress up game.

When I look at the statistics, when I listen to non-mainstream media, when I think for myself and try my best to understand, I can’t. Little makes sense and I feel as if we are being played.

Who the heck knows?

If you’ve made it this far and would like to know what I listen to and watch apart from the mainstream ( which I pay attention to, if only to stay aware of what distortions and manipulations are at play), here is a selection to start you off.

I try to check how reliable they are and where the money flows but may need enlightened. Please let me know if there are issues with any of these sources and also of any more alternative/investigative/interesting news outlets you are aware of.

Office of National Statistics England and Wales -start here and follow your interest.